By Anita Bennett MDDecember 17, 2021Health Tips
This is the 35th anniversary of the Mothers Against Drunk Driving (MADD) “Tie One On for Safety Holiday Campaign”.  During the holiday season from Thanksgiving through New Year’s Day, MADD encourages everyone to tie a red ribbon, or place red ribbon magnets, on their car as a reminder to always designate a non-drinking driver. 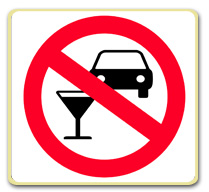 What is MADD?
Mothers Against Drunk Driving was founded in 1980 by a mother whose daughter was killed by a drunk driver.  It is the largest nonprofit organization in the US working to fight drunk driving, drugged driving, and support the victims of these crimes.  The organization is credited with helping to reduce drunk driving deaths by 50% since it was founded.
Here are some statistics around drunk driving:
What is the Tie One On for Safety Holiday Campaign?
The campaign encourages everyone to put a red ribbon on their car during the holiday season to help remind people to always designate a non-drinking driver.  This time of year, more people are on the roads due to holiday travel, parties, and family gatherings.  The holidays are also traditionally more dangerous on America’s roads.  This makes it especially important to try to keep drunk drivers off the roads.
What can you do to help decrease drunk driving?
For more information, visit the MADD website at:
https://www.madd.org/the-solution/drunk-driving/tie-one-on-for-safety/
If you have any questions about drunk driving, please log into your account and send
us your question. We are here to help.