By Valerie HinesJanuary 11, 2021Uncategorized
Drug use, including alcohol and tobacco, is very common in teenagers. Parents have a major role in prevention, they are the strongest influence children have.  Talking to our children at an early age, such as grade school, can help prevent such use and abuse of drugs. To be able to talk to our children, we need to be informed.
Statistics 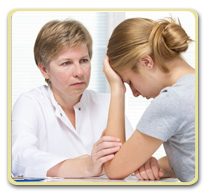 According to the CDC, updated 02/2020:
Why do teenagers use drugs?
Multiple factors can lead teenagers to use or abuse drugs. Usually the first use is in a social setting and is alcohol or cigarettes. The continued use is commonly related to insecurities and social acceptance between peers.
Common risk factors for drug abuse are:
What are the signs of substance abuse?
There are many different signs of drug use or abuse. It varies between teenagers and by the drug used.  Some common signs are:
What drugs are used among teenagers?
The following are percentages for 12th graders’ drugs used in a lifetime by type:
What are the consequences of drug use?
Health effects of specific drugs:
What can I do as a parent?
It is very important to talk to grade school children and teenagers about drug and alcohol use. You might have multiple conversation about this through the years. Here are some tips that can help:
Other PREVENTIVE strategies:
A close bond and easy conversation with your teen are very important for drug use prevention.

If you have any questions about substance abuse in teenagers, please log into your account and send
us your question. We are here to help.