Chest pain and numbness or pain in the left arm has long been associated as the hallmark symptoms of a heart attack.  Other symptoms, such as nausea, shortness of breath, and pain in the jaw or back, known as “atypical” symptoms, are also important indicators that an artery supplying the heart could be blocked, cutting off oxygen and vital nutrients.

Heart disease is the leading cause of death of American women, with over 200,000 dying of heart attack each year.  This is five times as many women as die from breast cancer. In fact, more women die from heart disease each year than from all forms of cancer!

Studies have shown that while chest pain is present in around 70% of males experiencing a heart attack, slightly more than half of women experience similar chest discomfort.  Furthermore, in younger women below the age of 55, atypical symptoms may be the only symptoms of a heart attack.  By age 75, however, there is no gender difference in regard to chest pain during a heart attack. 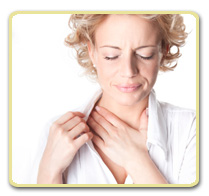 There is an even more serious difference in men’s and women’s heart attacks.  After being admitted to the hospital, women are more likely to die from a heart attack.  A recent study has shown that the in-hospital, death rate for women was 14.6% as compared to 10.3% for men.  This may be due to women not seeking prompt medical attention for symptoms that they do not associate with heart disease.  Also, since heart attack is relatively uncommon in younger women, it may not be recognized in a timely fashion by medical personnel.  Of all age groups and sexes, younger women have the highest risk of death from heart attack.  Often, these women are smokers who have a particularly aggressive type of coronary artery disease.

It is estimated that 42 million American women have some form of heart disease, with many of them being unaware of the threat that they face.  The more risk factors for heart disease that someone has, the higher the likelihood of having a heart attack.  In many cases, these risks can be eliminated or modified to reduce possibility of having a heart attack.  Some of the ways that the risk can be reduced are by stopping smoking, exercising regularly, lowering cholesterol, and controlling high blood pressure.

For a number of years, the American Heart Association has encouraged women to “Know Your Health Numbers”.  This is an important consideration in assessing and monitoring the risk of having a heart attack.  The following are the “numbers” that every woman (or man for that matter) should know:

Women should be aware of the “atypical” ways in which heart attack can present and not delay seeking medical attention.  Chest pain, tightness or “squeezing”, remains one of the most common heart attack symptoms in women as well as in men.  In women, however, symptoms such as excessive fatigue, shortness of breath, indigestion or nausea, jaw or throat pain, or left arm pain, could be a warning sign of an impending heart attack.