Why People Have to Pee during the Night

Nocturia is defined as “excessive urination at night”. Normally, the amount of urine the body produces goes down at night, reducing the need to urinate for the 6 to 8 hours that people are sleeping. Since waking to urinate on one occasion during the night is generally considered to be “normal”, having nocturia generally implies that someone wakes up more than once a night to urinate. 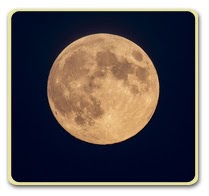 Nocturia becomes more common as people age with some surveys finding that over half of men and women over the age of 60 have this complaint.  In addition to being associated with a number of medical problems, nocturia can result in sleep deprivation and an increased risk for developing depression. Particularly in the elderly, getting up during the night to urinate can also cause accidental falls and fractures.

Evaluation of Nocturia.  It is important to note that nocturia is a symptom, not a specific disease.  While aging can be responsible for causing nocturia, it should not necessarily be assumed that it is always due to “getting old”. There are a number of medical conditions that can cause someone to have to urinate more than once during the night.  Determining the underlying cause can be quite challenging with the evaluation touching on causes as diverse as congestive heart failure, sleep apnea, prostate enlargement and diabetes. Use of a “voiding diary” and measurement of urine volumes during the day and night can help with determining the underlying cause.

Treatment of Nocturia.  Treatment for nocturia is directed at the underlying cause. For example, improvement in blood sugars can help in uncontrolled diabetes. If an obstructing prostate gland is the cause, a medication or surgery to reduce the size of the prostate will help. The use of continuous positive airway pressure (CPAP) in someone with sleep apnea can reduce associated nocturia. In a rare condition known as diabetes insipidus, use of a synthetic version of antidiuretic hormone (desmopressin) will help. If taking diuretic medication is responsible, the medication administration may need to be moved to earlier in the day to avoid having to void during the night.

When the underlying cause is not serious enough to warrant specific treatment, several lifestyle measures may help: