Which is better for you: Bottled or Tap water?

Different federal agencies provide oversight to the processing of these two sources of water. The Food and Drug Administration (FDA) oversees bottled water, while the Environmental Protection Agency (EPA) regulates tap water.  Their standards for ensuring safety, however, including such concerns as contaminant levels, are virtually the same. 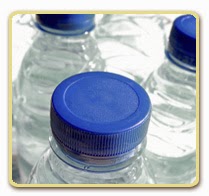 Most municipal water sources come from large wells, rivers or reservoirs.  The water is processed in a treatment plant to make sure that it meets EPA standards and is then piped to customers.   Bottled water comes from a number of sources, such as underground springs, but may also come from a municipal water supply.   Prior to bottling, however, water from a municipal source undergoes additional treatment which could include reverse osmosis, ozonation, or distillation. In general, the goal of the processing of water, whether it ends up in a bottle or coming through a tap is to make sure that it is as pure and natural as possible.

To some degree, the choice of tap or bottled water becomes a matter of personal preference. The preference for the taste of bottled water could be due to the use of chlorine disinfection used by many municipal water treatment plants to kill microorganisms or to the minerals or effervescence in certain brands of bottled water.  One other difference is the inclusion of fluoride in most tap water sources to help prevent tooth decay.

The devil’s in the details: The downside of bottled water
Most of the concerns voiced against bottled water have little to do with the quality of the water or its consumption. These concerns include:

In protecting their own interests, the International Bottled Water Association has offered rebuttals for most of these concerns.   The environmental group, World Wildlife Association, on the other hand, has taken the stance that the increasing use of bottled water represents a serious environmental concern.  A spokesman for that group has stated that “protecting our rivers, streams and wetlands will help ensure that tap water remains a service which delivers good quality drinking water for everyone at a fair price.”

Anyone who has traveled in developing countries has probably had to find alternatives to drinking from municipal water sources.  In this situation, boiling water or buying bottled water becomes a necessity.  In the U.S., we are indeed fortunate to have a reliably safe drinking water supplydiction from municipal sources.