Tremor is an unintentional, rhythmic muscle movement, most often affecting the hands.  In some cases, tremor can be a sign of a neurological disease but the most common type of tremor occurs in otherwise healthy people.  Today’s Health Tip will focus on this common type of tremor, known as “essential tremor”.

Causes for tremor – There are a variety of causes for tremor, some serious, but most relatively benign or temporary. Neurological diseases including multiple sclerosis, Parkinson’s disease, and stroke are some of the most serious causes. A number of drugs including amphetamines, corticosteroids, anti-depressants, thyroid replacement, and asthma medication can produce tremors.  While the exact cause for essential tremor is still being studied, there is some suggestion that it is related to mild degeneration of an area of the brain (cerebellum). 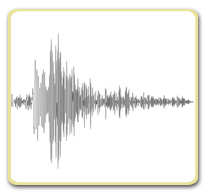 What does tremor look like?  Essential tremor is most likely to be noticed affecting the hands, but the head, voice, and arms may also be involved. The shaking involves small, to-and-fro movements which may not be noticed when the hands are at rest. A quivering sound to the voice may be present if the tremor affects the voice box.  Essential tremor is considered to be an “intention” or action-related tremor because it becomes worse with purposeful movements such as eating with a fork or reaching for a cup of coffee.  Some tremors, such as the one associated with Parkinson’s disease, are more noticeable when muscles are relaxed.  In Parkinson’s the tremor almost exclusively affects the hands or fingers and is known as a “resting tremor”.

Is there a test for essential tremor? There is no specific test for diagnosing essential tremor.  For the most part the diagnosis is made by noting the characteristic movements and ruling out other potential causes.  Essential tremor occurs most commonly in middle-aged and older individuals. As a hereditary condition, there is a 50% chance that someone will develop essential tremor if one of their parents had the condition.  The possibility that the tremor could be due to a medication, excessive caffeine intake, nicotine stimulation or alcohol abuse should be considered.  Specific testing may be required if a medical condition such as an overactive thyroid, Parkinson’s disease or multiple sclerosis is suspected. This could include blood tests and imaging studies of the brain, such as MRI scan.  With essential tremor, however, all of these tests would be normal.

How is essential tremor treated?  There is no cure for essential tremor.  So long as the tremor does not cause embarrassment or interfere with daily activity, no treatment is required.  For the most part, the condition can be managed with self-care measures such as:

Should the symptoms worsen to the point that treatment is required, there are medications as well as surgical procedures that may help.  The beta blocker, propranolol and an anti-seizure medication, primidone, have shown some benefit in essential tremor. Surgery is reserved for severe cases of tremor that cannot be controlled with drugs or other measures.  Surgical procedures include deep brain stimulation (DBS) and thalamotomy.   DBS involves the use of implantable electrodes to send high-frequency electrical signals to the thalamus, the region of the brain where the tremor originates. During thalamotomy, the site of origin in the thalamus is destroyed with a heated electrode.  Other causes of tremor respond to treatment of the underlying condition. For example, if an overactive thyroid is responsible for the tremor, treatment to reduce the level of thyroid hormone in the bloodstream will help.  When medications are responsible, stopping or substituting the medication is effective.

Anyone with the recent or sudden development of shakiness should discuss this with their doctor.  In all likelihood it will turn out to be relatively benign, such as essential tremor or simply too much caffeine.  Since a tremor could represent something more serious, such as Parkinson’s disease, it important to confirm the exact diagnosis as early as possible.