What an electrocardiogram can (and can’t) tell you – Part 1: how and why it’s done

The electrocardiogram, also called an EKG or ECG, is a test that records electrical activity within the heart.  With each heartbeat, an electrical signal is conducted through specialized nerves from the upper to lower chambers of the heart.  This causes the heart muscle to contract in a synchronized manner and pump blood throughout the body.  These electrical signals are detected by an EKG machine (electrocardiograph) and recorded as a series of squiggles, lines, and waves that correspond to various events associated with the heartbeat. 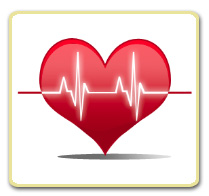 When should an EKG be performed?  Some of the reasons that your doctor might recommend that you undergo EKG testing include:

How is an EKG performed?  Performing an EKG generally takes around 10 to 15 minutes and is a painless procedure.  Before conducting the test, sticky patches called electrodes are placed on the skin of the chest, arms, and legs.  The electrodes are connected via wires to an EKG machine and allow the EKG machine to study the heart’s electrical activity from several different perspectives at the same time.  While lying at rest, a recording is made on paper and/or saved to a computer by the electrocardiograph.

What does the EKG tell the doctor?  The EKG is a highly useful test when performed for the appropriate reasons, such as those described above. Some of the most important findings noted from EKGs include:

Since its invention the EKG has been a highly important tool in diagnosing and treating heart disease.  Willem Einthoven, credited with inventing the modern EKG machine, was awarded the Nobel Prize in Medicine in 1924 for his discovery.  As with other tests used in medicine, however, the EKG is not perfect.  There are some significant limitations to its usefulness that will be considered in next week’s Health tip.