Vaccines, separating fact from fiction – Part 2:The effect of immunizations on health

Last week, normal immune function and how vaccines work were discussed. Before vaccines, the only way to become immune to a disease was to survive having it, a process known as “natural immunity”. In the process of developing natural immunity, however, symptoms of the disease, along with its potential complications, were experienced.  Immunity developed through immunization is called “acquired immunity”.  The benefits of developing immunity in this manner include not having to suffer the symptoms of the disease along with avoiding the risk of passing the disease on to someone else. 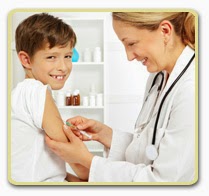 Here are four examples of the ways in which disease morbidity and mortality have been affected since the advent of immunizations:

Similar dramatic decreases in the rate of occurrence, morbidity and mortality due to immunizations can be presented for other diseases including Tetanus, Mumps, Varicella (Chickenpox), Smallpox, Pertussis (whooping cough), Diphtheria, and Influenza. In addition to protecting yourself, vaccines can protect others.  Once immunized, you are prevented from contracting the illness, which will also keep you from passing it on to someone else.

Should immunization rates drop, however, the likelihood of an outbreak increases. Recently, the California Department of Health announced that infections with Pertussis, commonly known as “whooping cough”, have reached epidemic proportions. As of this writing, over 4,500 cases of Pertussis with three deaths have been reported.  This epidemic developed despite the availability of an effective vaccine available since the 1940’s. Although it is too early to say exactly why this outbreak has occurred, it is speculated that it may be related to parents who opted to not have their children immunized.

Many diseases with low rates of occurrence in the U.S. continue to occur in other countries. For example, Polio, which has been eradicated in this country, still occurs in Afghanistan, Nigeria and Pakistan.  World-wide, around 100,000 cases of Rubella were reported to the World Health Organization in 2012. A similar number of cases of CRS are estimated to occur each year, primarily in developing countries. It is important that immunization programs continue in this country in order to keep diseases that are no longer common from re-establishing a foothold.

There is no denying that vaccines are capable of causing side effects. The facts show, however, that the overwhelming majority of these are minor and transient.  In regard to the population as a whole, the benefits that immunizations have produced far exceed any recognized complication that they may have caused.

Clarification:   Following last week’s Health Tip, a reader pointed out ongoing ethical concerns regarding certain vaccines, in particular, the Rubella vaccine. While it is true that “aborted fetuses” are not currently being used to manufacture vaccines, the original Rubella vaccine was developed, and continues to be produced, using a human cell strain (WI-38) obtained from an aborted fetus  whose mother had been infected with the Rubella virus. Certain groups oppose the use of this vaccine primarily due to issues concerning the sanctity of life. For more information on the development of Rubella vaccine and ethical concerns regarding its use, see the link on Human Cell Strains in Vaccine Development from the “History of Vaccines”, a project of the College of Physicians of Philadelphia.