Unhealthy Heart Habits, the other “99%”

A while back, the Occupy Movement voiced its concern for the 99% of Americans who were not among the top 1% of income earners. There is another 99% (or 98.8% to be exact), however, who may be in a considerably worse position. This is the group of Americans who fail to adhere to the “7 Heart Healthy Habits” promoted by the American Heart Association. 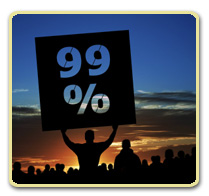 The seven health factors that are associated with a lowered risk of dying from cardiovascular disease, such as heart failure and heart attack, are:

A study recently published in the Journal of the American Medical Association was designed to compare the risk of dying from cardiovascular disease with the number of these heart healthy habits that Americans practiced. A nationally representative sample of nearly 45,000 adults in the U.S. was surveyed for the study and participants followed for an average of 14 years. 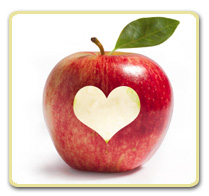 Perhaps not surprisingly, adhering to a greater number of heart healthy habits was associated with a lower risk of cardiovascular death. What was interesting, however, is that adhering to these seven practices was also associated with a reduced risk of death from any cause, including cancer. The study participants who met 6 or more vs. 1 or fewer of the heart healthy practices had a 51% lower risk of all-cause mortality and a 76% lower risk of dying from cardiovascular disease.

One of the most shocking statistics from this study was that only 1.2% of Americans in the group of participants drawn from 2005-2010 practiced all seven healthy habits. The other 98.8% of subjects from this study practiced six or fewer. While people can debate the benefits of being gluten-free, eating organic foods, or avoiding drinking sodas, these seven health habits have proven benefits that many fail to recognize. These are the factors that have the potential to make the biggest impact on the health of the U.S. population.

Learn more about the seven heart healthy habits at the American Heart Association’s site My Life Check. Assess how well you are doing currently by completing the Life’s Simple 7 Action Plan.