Treating the Common Cold – What Works, What Doesn’t Part 1

Historical accounts of cures for the common cold abound. An 18th century cookbook offered the following recipe for making tablets for treating colds: “Take pearls, crab’s-eyes, red coral, white amber, burnt hartshorn, and oriental bezoar, of each half an ounce; the black tips of crabs-claws three ounces; make all into a paste, with a jelly of vipers, and roll it into little balls, which dry and keep for use.” Not only is it doubtful that this concoction was effective, the cruel reality is that even today, medical science has not been successful in developing a cure for the common cold. There are,
however, measures that you can take that may help in shortening the duration of a cold or make cold symptoms less miserable. 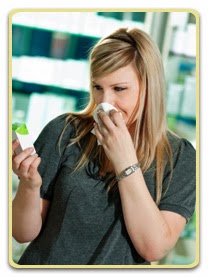 In general, treatment of colds is directed at one or more of its main symptoms, which include nasal congestion, runny nose, cough, sore throat, and muscle aches. With an almost overwhelming number of products available on an over-the-counter (OTC) basis, here’s a rundown on some of the most common classes of medicines used to treat cold symptoms:

When buying a cold medication, many of the products that you will see advertise themselves as being effective for several different cold symptoms. These medicines can simplify treatment, but depending on your symptoms, you may be taking one or more drugs that you don’t really need. Also, by taking a combination medication, you may be more likely to develop an unexpected side effect or cause an interaction with another medication that you are taking.

A variety of “home remedies” are also effective for treating colds. For many people, saline nose drops or nasal irrigation with saline solution works just as well as decongestant tablets. Likewise, salt water gargle (once each hour with 1 tsp. (5 g) of salt dissolved in 8 fl. oz. of warm water) is a time honored treatment for sore throat. There is even some evidence that chicken soup may actually provide some therapeutic benefits in someone with a cold. In children younger than two years of age, most cold medications should not be used at all due to the likelihood of developing side effects.

It should be noted that antibiotics have no role in treating the common cold unless a secondary bacterial infection, like pneumonia, develops. This is a relatively uncommon situation, however, more likely to occur in someone whose immune system is suppressed, such as someone with diabetes or taking chemotherapy. In the great majority of people, the body will combat the cold virus with resolution of symptoms in a week or so.