Traction for a “Slipping” Memory

There are many causes for people’s memory to “slip”.  These include medication side effects, dementia, depression, medical conditions, and unhealthy lifestyle choices. By addressing the underlying cause, it is possible that memory can be improved. For example, if a medication is responsible, discontinuing or changing that medication can have a beneficial effect.
While normal aging can cause some forgetfulness, it does not lead to dramatic memory loss. When memory loss cannot be attributed to a specific cause, or normal aging appears to be responsible, the following measures can help provide traction for a “slipping” memory. 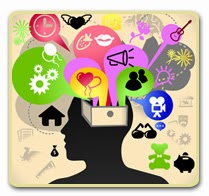 The belief that age-related memory loss is inevitable can become a self-fulfilling prophecy. By not accepting this cliché, and practicing memory-preserving measures, you have a much better chance of avoiding cognitive decline and keeping your mind sharp.