February is Black History Month.  This is an appropriate time to reflect on the contributions of African-American physicians to medicine as well as point out some of the glaring differences in the health of black and white Americans. 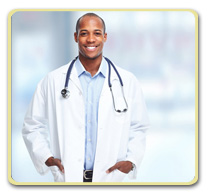 Contributions of African-American Physicians   Did you know that the first open heart operation was performed by an African-American?  In 1893 Dr. Daniel Hall Williams removed a knife from the heart of a stab victim. He sutured a wound to the pericardium (the fluid sac surrounding the myocardium), from which the patient recovered and lived for several years afterward. Another black surgeon and researcher, Charles Richard Drew, developed the concept of the blood bank which was responsible for saving many lives during World War II. Dr. Mae C. Jemison is both a physician and astronaut. In 1992, Dr. Jemison was aboard the space shuttle Endeavour making her the first black woman in space.  Pediatric Endocrinologist, Dr. Joycelyn Elders, was the first African-American to serve as U.S. Surgeon General. As Surgeon General, Elders argued the case for universal health coverage, and was a spokesperson for President Clinton’s health care reform effort. In addition to these high profile examples, thousands of African-American physicians are providing medical care throughout the U.S., many working in underserved areas of the country.

Health-related inequality between blacks and whites in the U.S.  The efforts to promote civil rights championed by Dr. Martin Luther King and others have made a major positive impact on societal acceptance, economic opportunities and quality of life for many African-Americans.  Unfortunately, a division remains in regard to health of blacks and whites in the United States. Blacks have higher death rates than whites for several causes of death including heart disease, cancer, stroke, lung disease, diabetes, homicide, and HIV/AIDS. In fact, for the two leading causes of death in the U.S.—heart disease and cancer—blacks have death rates approximately 30 percent higher than whites. Other examples of this disparity in health between blacks and whites:

Reasons for the differences in disease and death rates between blacks and whites. This is a complex issue with a number of factors being involved including genetics, environmental issues, access to medical care, differences in the response to treatment, and social factors. Some specific examples are that:

How can we close this health gap?   There actually has been some progress related to the health of African-Americans in the U.S., particularly related to death rates from homicide and cancer.  The National Center for Health Statistics has reported a 40 percent decrease in homicides from 1995 to 2013 among blacks as compared to a 28 percent drop for whites. Also, the death rate from cancer fell by 29 percent for blacks over that period, compared with 20 percent for whites. To continue to narrow the health gap between blacks and whites, society must continue to address racial segregation, narrow the income gap, and improve medical care, especially preventive services, for vulnerable populations. Additionally, medical science must learn more about how the effects of various diseases and the response to treatment differ among races.  Through these measures we can continue to make progress in realizing the dream of racial equality envisioned by Dr. King.

If you have any questions about Black History Month, please log into your account and send
us your question. We are here to help.