The PSA Controversy – Why do cancer screening recommendations change?

Cancer screening is used to detect the disease in its earlier stages when treatment is more successful. But even more importantly, screening is used to reduce cancer deaths. The Pap test is an example of a screening test that has been highly successful in reducing death from cervical cancer. Other tests, such as chest x-rays to screen for lung cancer have not been shown to reduce deaths, even when the x-rays are performed in smokers. Additional reasons that some screening tests are not performed routinely are that they look for cancers that are so rare that only a few individuals would benefit, or that the screening test is so expensive that its widespread use is cost-prohibitive.

After many years of use, why is the PSA test now falling out of favor and why 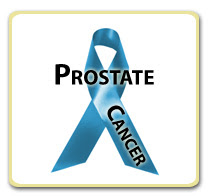 do other cancer screening recommendations change from time to time?

The U.S. Preventive Services Task Force (USPSTF) recently released a preliminary report advising against the use the Prostate Specific Antigen (PSA) blood test to screen for prostate cancer. In brief, the PSA test is incapable of telling the difference between prostate cancer that will and will not affect a man during his natural lifetime. This is because the great majority of asymptomatic men who have their prostate cancer detected by PSA screening have a tumor that is so slow growing that they will probably die of some other cause, such as heart disease, rather than from prostate cancer. Furthermore, the USPSTF found that PSA testing results in a high rate of false positive tests, leading to persistent worry about the possibility of having prostate cancer, unnecessary biopsies with associated complications, and worse yet, unnecessary surgery.

In supporting their position, the Task Force noted that in the U.S., approximately 90% of men with PSA-detected prostate cancer end up being treated, primarily with surgery or radiation therapy. Very few of these men’s lives, however, will be prolonged by this treatment, with many suffering from treatment complications. Five out of every 1,000 men undergoing prostate cancer surgery will die within one month of the surgery. Radiotherapy along with surgery causes urinary incontinence and erectile dysfunction in 20 to 30% of men treated.

A great deal of opposition, coming from medical organizations and pharmaceutical companies, as well as from prostate cancer advocacy groups, has been expressed toward this recommendation. Some opponents even consider it a politically motivated effort to reduce health care costs. It should be pointed out, however, that the cost of screening or treatment was not a factor in the expert panel’s position, and furthermore, their recommendation relates only to men that do not have symptoms suspicious for prostate cancer. As for now, the use of PSA testing in men with symptoms suggestive of prostate cancer, or for surveillance after diagnosis and/or treatment of prostate cancer should continue.

Medicine is an evolving science. Changes in the cancer screening guidelines come about after better or more compelling research becomes available. Another recent example of this is the Task Forces’ position on the optimal interval for performing screening mammograms, which was also met with a great deal of opposition. In both instances, however, the goal was to provide the most objective and reasonable recommendations for a large population of people given the scientific evidence at hand.

While the rationale for abandoning the use of the PSA test will continue to be debated, clearly, a better test is needed. Ideally, this test would be positive primarily in those individuals who actually had prostate cancer, and would be able to distinguish between indolent and aggressive forms of prostate cancer. Go here, to read a summary of the USPSTF recommendations regarding PSA testing.