Recent statistics indicate that over 46 million Americans still smoke despite widespread knowledge that tobacco use is a leading cause of disease and premature death. However, of these, almost 70% would like to quit. Why don’t they? Because most smokers find smoking to be pleasurable and nicotine is one of the most addicting drugs around. Being addicted does not mean that it is impossible to stop smoking, but it does means that there are powerful urges and needs that have to be overcome in order to do so. Many ex-smokers say quitting was the hardest thing that they ever had to do.  If they were able to do it, so can you, your friend, or family member. Let’s look at some of the reasons to quit smoking.

In regular or heavy smokers, stopping smoking can produce almost immediate beneficial effects.  The benefits derived from long-term cessation, however, have the greatest positive impact on health. Look at a few of the benefits from stopping smoking reported by the Centers for Disease Control and the U.S. Surgeon General: 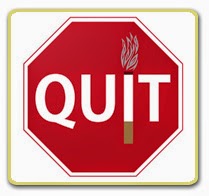 Along with the health benefits, wouldn’t it be nice not to worry about where and when you can light up legally or if you are offending someone?  Wouldn’t it be nice to have the money spent on cigarettes to use for something else?

If that’s not enough rationale to convince you to quit smoking, consider that there are more than 7,000 chemicals in cigarette smoke. Some of these chemicals are also found in paint thinners (toluene), embalming fluid (formaldehyde), and chemical weapons (hydrogen cyanide).