The end of the Vitamin Debate? Don’t bet on it! Part:2

According to an analysis of data that the National Health and Nutrition Examination Survey (NHANES) collected in 2003–2006, multivitamins were taken by 33% of Americans over the age of one year.  The National Institutes of Health reports that during the year 2012, U.S. consumers spent 5.4 billion dollars on multivitamins.  The reasons that people take multivitamins include “insurance” against nutritional deficiencies and to prevent certain chronic diseases. This widespread consumption of multivitamins, however, has occurred since their introduction in the 1940’s with very little scientific data to support their benefits.

Last week, we looked at two recent studies that supported the use of multivitamins. The first found that vitamin deficiency occurs at a surprisingly high rate in our industrialized society.  The second presented evidence indicating that thousands of cases of cancer could be prevented each year by taking multivitamins.

Countering the idea that taking multivitamins is beneficial or life-saving, several studies published in the Annals of Internal Medicine about a year ago drew opposing conclusions. A brief synopsis of the findings from those studies follows: 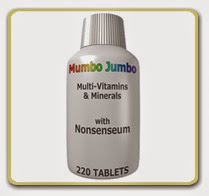 Findings from a number of other studies have determined that, in a generally healthy population who are consuming a well-balanced diet, there are no additional health benefits to be derived from taking multi-vitamin supplements.  Ironically, this is the very population of Americans (healthy, well-fed, etc.) that appear to be taking the lion’s share of these supplements.

Obviously, not everyone in this country falls into the “generally healthy and well-fed” category.  In fact, as last week’s Health Tip pointed out, up to one-third of Americans may be deficient in one or more vitamins. In these people, there is a definite role for improved nutrition and/or vitamin supplementation. There are other instances in which specific vitamin supplementation plays an important role in the maintaining health:

While the debate regarding the benefits of vitamin supplementation will no doubt continue, few would argue that there is a better way to get enough vitamins than by eating a balanced diet with a variety of fruits, vegetables, fortified dairy foods, legumes (dried beans), lentils, and whole grains. The most appropriate role for vitamin supplements appears to be in circumstances in which the diet fails to provide adequate amounts of vitamins or a medical condition causes the need for additional supplementation.