Taking a cue from a Guy Clark song in which he sings the praises of practical possessions, such as his “ol’ blue shirt” and his “used car”, today’s Health Tip focuses on simple, yet effective home remedies. 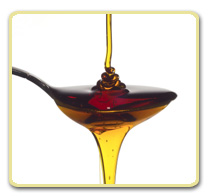 Honey for children’s cough. Treatment options for symptomatic relief of a cough associated with colds are fairly limited.  In particular, the American Academy of Pediatrics has taken the position that “over-the-counter cough and cold medicines do not work for children younger than 6 years and in some cases may pose a health risk.”  Recently, researchers in Israel found that giving two teaspoons of honey before bedtime relieved coughing better than a placebo.  While they did not compare treatment with honey to a cough medication, considering its safety and acceptability, honey is a reasonable first line choice for cold-related coughing in children.  Because of the slight risk of botulism poisoning, honey should not be given to children under the age of one.

Licorice (or liquorice) for cold sores.  Cold sores are caused by the herpes virus and typically resolve on their own after a week or so. Treatment is usually directed at relieving pain or with shortening the length of the outbreak with antiviral medications (Valtrex, Zovirax, etc.).  Licorice contains a compound called glycyrrhizin (or glycyrrhizic acid) which has been used historically to treat several viral infections including colds, flu, and hepatitis.  While chewing licorice will not cure cold sores, it may help speed up their resolution.  Like most medications, licorice can have toxic side effects, particularly if consumed in excess.  These side effects include hypertension and water retention. Licorice is not related to anise or fennel, which have a similar flavor but not the antiviral properties of licorice from the root of the Glycrrhiza plant. 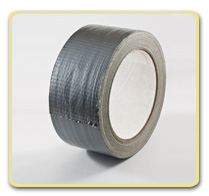 Duct tape for Warts. In The Adventures of Tom Sawyer, Tom proposes to Huck Finn that an effective treatment for warts involves placing a hand in a hollow stump full of water at mid-night and saying ‘Barley-corn, barley-corn, injun-meal shorts, Spunk-water, spunk-water, swaller these warts.’  While this seems fairly far-fetched, some of the remedies with scientific backing are similarly exotic.  One of these involves the use of duct tape placed on top of the wart.  The results of studies evaluating this method have been mixed, but there is some evidence to support its use.  Unfortunately, occlusion with duct tape is reported to take several weeks.  More conventional self-care measures involve the use of OTC salicylic acid formulas (Compound W, Occlusal, etc.) and a non-prescription freezing method (Dr. Scholl’s Freeze Away).

Zinc for the common cold.  Many people are aware that the mineral zinc is beneficial in the treatment of colds.  When looking at studies evaluating its effectiveness, the strength of this benefit is surprisingly strong.  The Cochrane Foundation reviewed 15 randomized controlled trials, involving 1360 participants and concluded that, when taken within 24 hours of onset of symptoms, zinc (lozenges or syrup) reduced the duration and severity of the common cold in healthy people.  It was also determined from these studies that people taking zinc were less likely to have persistence of their cold symptoms beyond seven days of treatment.  Use of zinc intranasal preparations is not recommended due to the potential for irreversible loss of smell.  A second popular herbal remedy, Echinacea, was not shown to reduce the number of colds that adults catch. 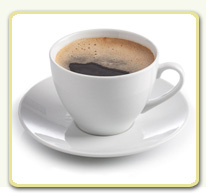 Coffee for Asthma.  Asthma is a serious and sometimes even life-threatening disease. By no means should any “home remedy” be the first line treatment when a number of more effective medications are available.  Nevertheless, there is some evidence to indicate that caffeine, an active ingredient in coffee, tea, and cola drinks may have a beneficial effect by helping to open airways in people with asthma.  Caffeine is chemically similar to the asthma medication, theophylline, which had been a standard treatment for asthma.  Several studies have shown that the amount of caffeine in a cup of coffee can produce improvement in airway function that can last up to a couple of hours.  The 2nd National Health and Nutrition Examination Survey (NHANES II) sought to compare coffee consumption with the presence of asthma and wheezing symptoms in a representative sample of American adults.  Subjects who drank coffee on a regular basis were almost a third less likely to report asthma symptoms as compared to non-coffee drinkers.

Watch for more “Stuff that Works” in future Health Tips!