By edocamericaJuly 7, 2011Health Tips
The most commonly used forms of smokeless tobacco are chewing tobacco and snuff. Chewing tobacco, also known as “chew”, “spit”, or spitting tobacco, is available as loose leaves, plugs, or twists. It is usually placed between the cheek and the lower lip and either chewed or held in place. The saliva generated by the tobacco may be swallowed or spit out. Snuff is a finely cut or powdered form of tobacco. Snuff users sometimes refer to the use of snuff as “dipping”. In America, most snuff users place a pinch or pouch of moist snuff between the cheek and gum or behind the upper or lower lip. Dry forms of snuff, more commonly used in Europe, can be sniffed into the nose. Less popular forms of smokeless tobacco include a compressed powdered tobacco that is similar to small hard candies and a newer spit-less tobacco product called snus. 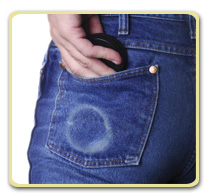 Why do people use smokeless tobacco? In a word—nicotine. Users report that the nicotine in smokeless tobacco, just like the nicotine in tobacco that is smoked, provides a pleasant, stimulant effect. Instead of the nicotine being absorbed through the lungs, however, the nicotine from smokeless tobacco is absorbed through the mouth and is then carried by the blood stream to the brain. In fact, the nicotine from smokeless tobacco stays in the bloodstream longer than nicotine absorbed with smoking.
What problems does nicotine cause? Nicotine is a highly addictive substance that leads to cravings, dependence on its use, and tolerance of its effects. Tolerance means that over time, more frequent use, or use of a stronger product, becomes necessary to achieve the same effects. As with cigarette smoking, once someone begins using smokeless tobacco, it can be very difficult to quit. In addition to its addictive potential, nicotine causes a short-term increase in blood pressure and heart rate, as well as causing blood vessels to narrow. This may be the reason that long-term users of smokeless tobacco have an increased risk of heart attack and stroke.
Is nicotine the only dangerous substance in smokeless tobacco? The National Cancer Institute has identified 28 cancer-causing substances in smokeless tobacco products produced in the U.S. These include nitrosamines, polonium–210, and aromatic hydrocarbons. Nitrosamines are formed during the growing, curing, fermenting, and aging of tobacco. They have been linked to the development of several types of cancer including cancer of the mouth, esophagus, and pancreas. Polonium–210 is a radioactive element found in tobacco fertilizer. 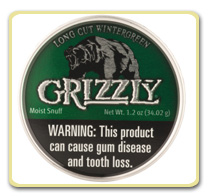 Are there other health concerns related to use of smokeless tobacco? In addition to an increased risk of developing heart disease and cancer, smokeless tobacco use can lead to gum disease (gingivitis), tooth decay, and to the development of precancerous white patches in the mouth called “leukoplakia”. As with cigarettes, smokeless tobacco products can also cause staining of the teeth and bad breath.