Should you be tested for type 2 diabetes?

By edocamericaJuly 14, 2011Health Tips
There are two main types of diabetes. Type 1 diabetes is usually diagnosed in childhood and requires treatment with insulin injections. When initially diagnosed, most Type 1 diabetics have distinct, and sometimes severe symptoms. Type 2 is known as “adult onset” diabetes and constitutes over 90% of the cases. In Type 2 diabetes, the pancreas doesn’t make enough insulin to keep blood glucose levels normal, often because the body becomes resistant to the effects of insulin. Unlike Type 1 diabetes, a large number of people with Type 2 diabetes (or its predecessor, prediabetes) are unaware that they have the condition. The number of people with Type 2 diabetes is increasing at an alarming rate, thought to be due to increasing rates of obesity and lack of exercise. Even among children, Type 2 diabetes is becoming all too common. Since it is becoming increasingly prevalent and is often “silent”, what are the reasons that someone should consider being tested for Type 2 diabetes?

Do you have symptoms of diabetes? Symptoms of Type 2 diabetes usually develop very slowly. When symptoms are present, they usually include one or more of the following:

Clearly, when symptoms of diabetes are present you need to be tested. Treatment not only helps to address the symptoms, but will also help prevent long-term complications. These include heart disease, nerve damage, kidney failure, blindness, and skin problems, including bacterial and fungal infections. 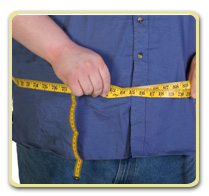 Are you at increased risk of having diabetes? Recommendations as to who should receive screening vary among experts. The U.S. Preventive Services Task Force believes that it is most important to screen those adults who have sustained blood pressure (either treated or untreated) greater than 135/80 mm Hg. This is because the combination of diabetes and hypertension is much more likely to cause vascular disease, leading to heart attacks and strokes. The American Diabetes Association (ADA), on the other hand , recommends screening in anyone 45 years of age or older, particularly in those who are overweight (body mass index of 25 or greater). The ADA goes on to say that screening should be considered in overweight people who are younger than 45 years of age if they have one or more additional risk factors for diabetes, which include hypertension, high cholesterol, a family history of type 2 diabetes, diabetes during a pregnancy, or having delivered a baby weighing more than 9 pounds.

Should children be screened for diabetes? Children who are overweight and have other risk factors for diabetes are also at risk for developing Type 2 diabetes. They should be tested every two years starting at age 10 or at the onset of puberty, whichever comes first.

What is the best way to screen for diabetes? The most commonly performed screening test is the fasting 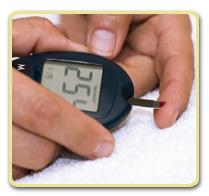 plasma glucose. The American Diabetes Association recommends this test for screening because it is easy to perform and less expensive than other screening tests. You are considered to have diabetes if your fasting glucose level is 126 mg/dl or higher (normal is a fasting glucose of less than 100 mg/dl.

What if the fasting glucose is between 100 and 126 ng/dl? Before developing type 2 diabetes, most people go through a stage known as “pre-diabetes”. In these individuals, blood sugar levels are higher than normal but not high enough to say they have diabetes. The importance of detecting pre-diabetes is that the likelihood of developing Type 2 diabetes can be reduced by making changes in your lifestyle, such as losing weight and exercising regularly.

How often should screening be performed? The optimal screening interval is not known, but based on existing evidence, the American Diabetes Association, recommends screening every 3 years. Screening more often than this may be needed if someone has several risk factors or if they gain a great deal of weight.