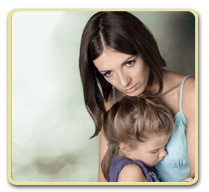 Sometimes the victims of domestic violence are criticized for not removing themselves from an abusive relationship. There are a number of reasons for this including fear of retribution, hope that the relationship will improve, religious or cultural influences, financial dependency, concern for children, low self-esteem, and lack of a support system. Abuse, however, is never the fault of the victim even though it may be difficult for them to end the relationship.

The abuser often minimizes the seriousness of the violence and blames their behavior on their partner’s shortcomings, alcohol, drugs or stress. Characteristics of an abuser include: extreme jealousy, possessiveness, unpredictability, bad temper, controlling behavior, and antiquated beliefs about roles of women and men in relationships. The violence in the relationship most often relates to gaining power and control over their partner.

The following is a list of possible signs of abuse from the Office on Women’s Health in the U.S. Department of Health and Human Services. You may be abused if your partner:

Violence Against Women, Am I being abused? from the U.S. Office on Women’s Health

Signs of Domestic Violence from WebMD