A few years ago, there was marked disparity among experts as to whether and how screening for prostate cancer should be performed. At that time, the American Cancer Society recommended that the prostate-specific antigen (PSA) blood test and digital rectal exam (DRE) should be done yearly, beginning at age 50, assuming the man had at least a 10-year life expectancy. The US Preventive Services Task Force, on the other hand, believed that the potential harm from PSA testing that included complications from unnecessary biopsies outweighed the potential benefits of detecting early cancer.

There are a number of explanations for why the PSA test is not an ideal screening test for men who are at average risk for developing prostate cancer and who have no symptoms suggesting that they have prostate cancer: 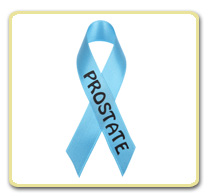 While the recommendation to avoid the use of routine PSA screening from various medical authorities is reaching consensus, these groups are also aware that better, more specific tests are needed to screen for this common form of cancer.