Pets and our Health–The Good, the Bad, the Ugly: Part 1

The U.S. is a pet-loving country, with around two-thirds of all households reporting owning a dog or cat. To put this into perspective, this amounts to approximately 78.2 million dogs and 86.4 million cats owned by Americans. A cancer specialist affiliated with the Mayo Clinic once noted that “a pet is a medication without side effects….” Indeed there are many ways that pets can contribute to our health and well-being. The following are research-based benefits of pet ownership, broken down into their effect on children, adults, and the elderly. 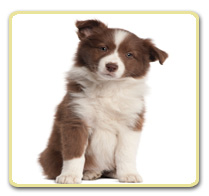 While there are numerous benefits to pet ownership, there are drawbacks also. Next week we’ll look at the “Bad” and the “Ugly” of pet ownership–animals that should be discouraged as pets and some of the medical issues that can develop as a result of living with animals.