Nine things you should know about type 2 diabetes 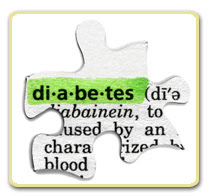 According to the CDC, 25.8 million children and adults in the United States – representing 8.3% of the population – have diabetes. This represents an increase of roughly 15 percent in just the past few years. Unfortunately, there is a great deal of misunderstanding about this disease, some of which can lead to a delay in diagnosis and worsening of complications. More importantly, people who can be identified as being at risk for developing diabetes may have an opportunity to prevent the disease from occurring.

To learn more about type 2 diabetes, refer to the CDC’s Diabetes and Me or see
Diabetes Basics sponsored by the American Diabetes Association.