Need Another Reason to Stop Smoking?

The percentage of US adults who smoke cigarettes has been decreasing over the past several decades. In 1965 approximately 42% of adults smoked cigarettes as compared to 18% today. In spite of warnings regarding health risks associated with smoking, however, nearly 42 million adults and over 3.5 million middle and high school students continue to smoke cigarettes.
If the well-known increased risk of developing lung cancer and coronary heart disease wasn’t enough to convince smokers to stop, new information released by the US Surgeon General should be of concern to the most ardent smokers.  In the 2014 Surgeon General’s Report, The Health Consequences of Smoking—50 Years of Progress,  an expert panel found that there was sufficient evidence to confirm that cigarette smoking was a cause for the following diseases: 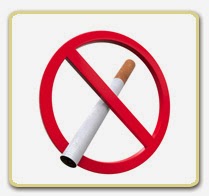 In addition to the diseases in which cigarette smoking was considered to be the causative, the report noted a number of other health issues which have been linked, but not proven to be caused, by cigarette smoking including:

Unfortunately, even non-smokers are at risk of developing certain diseases as a result of exposure to secondhand smoke.   The report noted that secondhand smoking increases the risk of someone having a stroke by 20-30%.  Additionally, the annual cost attributed to lost productivity from premature death due to exposure to secondhand smoke was estimated to be around 5 billion dollars.
Hopefully, information from this report along with ongoing government-sponsored efforts, such as smoke-free indoor air policies and funding statewide tobacco control programs, will help to achieve the goal of a smoke-free America.