Recently, I ran across a method of classifying foods based on their potential to cause inflammation in the body. The significance of this is that inflammation is thought to be the underlying cause for a number of illnesses including diabetes, coronary artery disease, as well as several types of cancer. Even though some people (including the author of the dietary guide that included the Inflammation Rating) are convinced that inflammation is the underlying cause of many chronic illnesses, there is still much to learn about the relationship between these two entities. 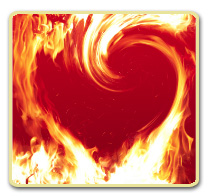 What is inflammation? Inflammation occurs as a normal part of the healing process. It is a process that allows the body to remove damaged cells, irritants, or germs following injury, exposure or infection. The classic signs of inflammation include redness, swelling, increased heat, and pain. The inflammatory response is what allows the skin to heal following a cut and is the primary cause of symptoms of the common cold as the body fights off the cold virus. Inflammation is different than infections, which are caused by organisms such as bacteria, viruses, or fungi.

How does inflammation relate to heart disease? Research is ongoing to determine the exact relationship between inflammation and the development of cardiovascular disease. The current theory goes something like this: certain factors, such as obesity, cigarette smoking, and high cholesterol are thought to “injure” blood vessels of the cardiovascular system. This damage can lead to atherosclerosis, the build-up of fat deposits in the walls of blood vessels. In an effort to “fix” the damage, the body’s immune system swings into action, producing an inflammatory response. If people continue their unhealthy habits, atherosclerosis and its associated inflammation progresses, ultimately resulting in heart attack or stroke.

Can inflammation be reduced? There is strong evidence that obesity, and especially excess fat in the abdominal region, is a major cause for the development of the metabolic syndrome which includes glucose intolerance (the precursor to diabetes) and elevated cholesterol. These conditions can cause damage to the blood vessels with resulting inflammation. Weight loss, with reduction of abdominal obesity, has been shown to lower C-reactive protein levels and presumably the associated inflammation. Cholesterol-lowering medications called statins also appear to reduce inflammation, perhaps by reducing damage to blood vessels from high cholesterol. Dietary management emphasizing the inclusion of sources of monounsaturated fats (extra-virgin olive oil), omega-3 fatty acids (“oily” fish such as salmon), fruits and vegetables (particularly berries, tomatoes, orange and yellow fruits, and dark leafy greens), with the exclusion of “inflammatory foods”, such as margarine, high fat cheese, and marbled beef, has also been proposed as a way to reduce inflammation in the body.

Research is being conducted to see if other medications or dietary interventions can help lower indicators of inflammation and reduce the risk of heart disease. For now, the most critical issue when someone is found to have signs of excessive inflammation as with an elevated C-reactive protein is to control the modifiable risk factors for cardiovascular disease. These include cigarette smoking, high cholesterol, hypertension, obesity, and diabetes.