Improving Memory – Part 1: Is there a reason that your memory is slipping?

The brain manages memory in a manner similar to a computer. There is an area of the brain that handles short-term memory much like a computer’s RAM, and an area that stores remote or long-term memory like the hard drive. A number of conditions may affect the way the brain stores information, causing problems with short-term or long-term memory. These include certain illnesses, ageing, medication side effects, and poor lifestyle choices. Today’s Health Tip addresses medical and lifestyle issues that can affect memory. Next week we’ll look at some of the “tricks” available to help improve memory. 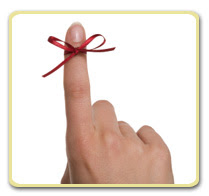 Medical conditions, including high blood pressure, thyroid disease, depression, and alcoholism can cause memory problems. Often, the memory deficit can be reversed by treating the underlying problem. For example, if insufficient production of thyroid hormone (hypothyroidism) is responsible for the memory deficits, taking thyroid replacement usually helps.

Memory deficits related to hypertension usually develop gradually, and may or may not be reversible. High blood pressure often affects memory through damage to the brain’s white matter, the nerves that are covered with a substance called “myelin”. Damage to these nerves, called “demyelination”, affects the way that they conduct messages, including those involved in memory. Hypertension can also affect memory following a series of small strokes from untreated or inadequately treated high blood pressure. This is known as “vascular dementia”. The risk of either of these causes for memory loss can be reduced by lowering high blood pressure, stopping smoking, treating high cholesterol, and controlling diabetes.

Medication side effects is one of the most common cause for memory problems. The list of medications that have been reported to do this is long and includes anti-anxiety medications (Ativan, Valium, Xanax), pain medications (Codeine, hydrocodone, others), sleep aids (Ambien), seizure medications (Neurontin, Tegretol), and corticosteroids (Prednisone).

Improve lifestyle to maintain memory – A strong memory depends on the health of your brain. Controlling stress, exercising regularly, getting enough sleep, eating a good diet, and cutting down on alcohol are some of the important lifestyle adjustments you can make to help promote brain vitality and protect your memory.