Heart Murmurs, Part 2: When a murmur points to a heart condition 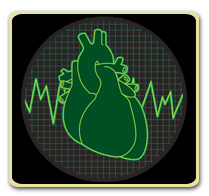 Innocent heart murmurs are typically discovered during routine physical exams.  Usually, the individual with an innocent murmur has no physical problems that would have prompted the doctor to listen for a murmur.  In the case of heart murmurs due to a structural problem or disease affecting the heart, symptoms are typically present.  For example, in newborns, a murmur along with blue-tinged skin (cyanosis) alerts the doctor to the possibility of congenital heart disease.  A heart murmur in an adult along with chest pain, palpitations, shortness of breath, or swelling of the extremities often points to the presence of a serious heart condition.  The following are some of the most common heart conditions that are associated with murmurs:

Congenital heart disease includes a number of problems with the heart’s structure and function that are present at birth.  Septal defects, holes in the wall (septum) that separates the chambers of the heart, are one of the most common congenital heart conditions.   A septal defect between the upper chambers of the heart is known as an atrial septal defect and one between the lower chambers is a ventricular septal defect.  These may or may not be serious depending primarily on the size of the hole.  Other congenital heart problems associated with murmurs include patent ductus arteriosus and aortic coarctation.  In patent ductus arteriosus, a small artery that is important in fetal circulation but not needed following delivery, fails to close.  Coarctation of the aorta is a narrowing of part of the major artery leading out of the heart.  Many congenital heart murmurs resolve spontaneously without special treatment while others may require surgical repair.

Mitral valve prolapse is a heart problem in which the valve that separates the upper and lower chambers of the left side of the heart does not close properly.  Up to 10% of the population has some minor form of mitral valve prolapse, and most of these people have no symptoms related to this condition.  A small number of people with valve prolapse, however, will have symptoms that include palpitations, chest pain, difficulty breathing, and fatigue.  In a small number of cases, the prolapse can cause blood to leak backwards, a problem known as mitral regurgitation.  Over time, this can weaken and/or enlarge the heart and lead to heart failure.  In the past, people with mitral valve prolapse were given antibiotics before certain dental or surgical procedures to help prevent an infection called bacterial endocarditis (BE).  Currently, however, the American Heart Association no longer recommends routine antibiotics before dental procedures or other surgical procedures for patients with mild mitral valve prolapse.

Aortic sclerosis:  Aortic valve sclerosis involves thickening and stiffness of the valve that controls the flow of arterial blood out of the heart.  Up to 30% of elderly people, most of whom have atherosclerosis (hardening of the arteries), will have this condition.  Mild aortic sclerosis usually does not cause significant heart problems.  Severe narrowing of the aortic valve, on the other hand, is known as aortic stenosis and can be a very serious problem.  Symptoms of aortic stenosis include breathlessness with activity, fainting, palpitations, and chest pain that can mimic a heart attack.  Although rare today, in the past, rheumatic fever was a common causes the development of aortic stenosis.

Endocarditis is an infection of the inner lining of the heart that may also involve the heart valves.  It usually develops from a bacterial infection elsewhere in the body.  Bacteria entering the bloodstream at the site of the infection travel to the heart causing the infection.  If not treated, endocarditis can damage heart valves with the development of a murmur.  The presence of a new murmur, along with signs of infection (fever, chills, sweats, etc.) would alert the doctor to the possibility of endocarditis.  This condition usually occurs in people with a previous underlying heart abnormality.  People with endocarditis usually require hospitalization and treatment with antibiotics through a vein.  In severe cases, surgery to replace the involved heart valve may be needed.

It is important to understand that heart murmurs are not a disease.  In fact, most murmurs are harmless and don’t produce symptoms.  In a minority of cases, however, a murmur can point to the presence of a serious heart condition.  The outlook and treatment of an abnormal heart murmur depends on the type and severity of the underlying heart problem causing it.