Lose 5 pounds this year? Spend more time with your family? Find a new job? Millions of people make New Year’s resolutions, but relatively few are successful in keeping them. This is evidenced by a 2007 study conducted by British psychologist Richard Wiseman who found that 88% of all resolutions end in failure. Not surprisingly, very little research has been published on the reasons why people are successful or unsuccessful with keeping New Year’s resolutions. However, that hasn’t kept a number of pundits from offering suggestions on improving your likelihood of success. The following are some of the most practical recommendations that I have come across: 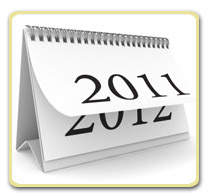 One could argue about the wisdom of not making New Year’s resolutions at all. Too often, they end up being something that “goes in one year and out the other”. Nevertheless, positive changes in people’s lifestyle, family circumstances, or financial situation can and do occur when the commitment is there. Hopefully, some of the tips above will help you reach your goals for the New Year.