Five Reasons you might feel better on a Gluten-Free Diet

The term “gluten-free” is increasingly being seen attached to foods in restaurants and grocery stores throughout the U.S.  Even food items such as bottled spring water, fruits and vegetables, and eggs are being labeled “gluten-free” without ever containing gluten to begin with.  With millions of Americans making a change to eating gluten-free products, what are some of the reasons that people might really benefit from this dietary practice? 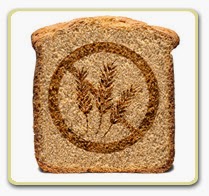 1. Celiac disease—Celiac disease, affecting approximately 1% of the U.S. population, is an immune-based reaction to dietary gluten, a protein found in wheat, barley and rye.  This disease primarily affects the small intestine causing malabsorption symptoms including diarrhea, abdominal pain, and weight loss. It can also cause non-gastrointestinal problems including nutrient deficiencies, anemia, bone disease, and skin disorders.  There is a genetic predisposition for celiac disease with the condition being much more likely to occur in someone with a first-degree relative— parent, sibling, or child—diagnosed with the disease.  The diagnosis is suspected with a blood test for anti-tissue transglutaminase antibodies (tTGA) and confirmed by biopsies taken from an area of the small intestine (duodenum).  Celiac symptoms resolve with exclusion of gluten from the diet.

2. Non-celiac gluten sensitivity (NCGS) —This recently described condition causes similar, although less severe, symptoms than celiac disease. By definition, symptoms of NCGS should resolve on a gluten-free diet.  Unlike celiac disease, an autoimmune basis for NCGS has not been identified, nor are abnormalities seen on blood testing or biopsies of the duodenum. Gastrointestinal symptoms including abdominal pain or cramping, increased gas, altered bowel habits, and bloating predominate in NCGS.  Many people with NCGS also attribute a number of non-gastrointestinal symptoms including “foggy mind”, depression, headaches, and chronic fatigue after eating gluten-containing foods.  With such a wide spectrum of symptoms and no confirmatory test available, NCGS may overlap with other conditions such as irritable bowel syndrome, wheat allergy or other food sensitivities. People with this condition seem to largely be responsible for the multi-billion dollar industry in gluten-free products that has developed over the past few years.

3. Wheat allergy—Wheat is a fairly common allergy-producing food. The specific allergens contained in wheat are mostly its protein constituents, including albumin, globulin, gliadin and gluten.  Wheat allergy most commonly affects children, but it can occur in adults also.  Allergic symptoms usually begin within minutes to a couple of hours after eating wheat and include hives, facial swelling, abdominal cramps, and wheezing. The most serious type of allergic reaction to wheat is called anaphylaxis, which can be a life threatening problem.  Anaphylaxis is characterized by extreme constriction of the airways and a drop in blood pressure that can lead to shock, and loss of consciousness.  Typically, there are no long term consequences following an allergic reaction, although a repeat exposure could trigger the same chain of events all over again.  Diagnosis of wheat allergy is primarily clinical (medical history, family history, food history), supported by appropriate laboratory tests, including a blood screen for allergens (RAST test) and/or skin prick-testing.   Avoidance of wheat products will prevent the symptoms of wheat allergy and is crucially important in someone with anaphylaxis to wheat.

4. Sensitivity to foods rich in FODMAPs—The acronym FODMAP stands for Fermentable Oligosaccharides, Disaccharides, Monosaccharides and Polyols. FODMAPs are short-chained carbohydrates that are incompletely absorbed in the gastrointestinal tract and then fermented by gut bacteria. Those who are sensitive to FODMAPs display similar gastrointestinal symptoms (diarrhea, constipation, gas, bloating and/or cramping) to people who have non-celiac gluten sensitivity.  Wheat contains an oligosaccharide called fructan and those sensitive to FODMAPs have reported marked improvement on a gluten-free diet.  A better diet for those with this type of food sensitivity, however, may be a low-FODMAPs diet. This is a fairly restrictive diet that includes avoidance of a number of foods including honey, dairy products, garlic, onions, sugar-free sweeteners and certain fruits (prunes, plums, dates, cherries, apricots).  The Australian researcher who was the first to suspect the existence of non-celiac gluten sensitivity, upon further research, was lead to believe that FODMAP sensitivity was a more common cause for gastrointestinal symptoms than gluten sensitivity.

5. Placebo effect— In a recent Consumer Reports survey of more than 1000 people, 63 percent of them thought that eating a gluten-free diet would provide health benefits, and one third reported buying gluten-free products or avoiding gluten. Some of the benefits they believed to be associated with gluten-avoidance included improved digestion, weight loss, and increased energy.  None of these health benefits, however, have been substantiated scientifically.  Nevertheless, the number of gluten-free products on the market is exploding based to some degree on people “feeling better”, rather than relieving any particular symptoms. And while eating gluten-free would seem to be harmless, there may actually be a down side.  In order to make up for the loss of flavor provided by wheat, rye and barley, many gluten-free products substitute increased amounts of fat, salt and sugar.  Also, food manufacturers may also be taking advantage of consumers by charging more for their gluten-free products while this trend is booming.

Celiac disease and wheat allergy are serious medical conditions in which avoidance of wheat or gluten-containing foods is not only important but may be life-saving.  It should not be assumed that wheat or gluten is a problem in one’s diet, however, based on popular press or other’s perceptions. With the overlap in symptoms in irritable bowel syndrome, FODMAP sensitivity and non-celiac gluten sensitivity, it makes sense to try to determine the exact cause for symptoms. In that way, the most appropriate dietary measures, which in some cases does involve elimination of gluten-containing foods, can be made.