Cigarette smoking, obesity, and alcoholism are all well-known causes of premature death.  Recently, two closely related risk factors—social isolation and loneliness—have also been identified as being important in causing early mortality.  Social isolation can be characterized by living alone, having few social network ties, or having infrequent social contact. These issues are considered to be “objective” or actual, not dependent on one’s personal perception. Loneliness, on the other hand, is the perception of social isolation, or the “subjective” experience of being lonely. 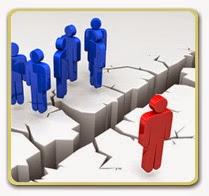 Results of a Recent Study   In a published report from researchers from Brigham Young University, data from 70 separate studies involving over 3 million participants were pooled and analyzed.  Study participants were older (mean age of 66 years), but generally healthy.  Approximately one third of the participants did have a medical condition, such as heart disease or diabetes. In the analysis, an increased likelihood of dying prematurely was found in association with loneliness (26%), social isolation (29%) and living alone (32%).  This risk level is comparable with other risk factors for premature death including physical inactivity, obesity, substance abuse, lack of access to medical care, and poor mental health. The authors of this report also noted that social isolation was particularly harmful for middle-aged adults as compared to older people in a similar situation.

One Possible Explanation   Other researchers have suggested that the physiologic basis for this increased death rate occurs because loneliness triggers a stress response in the brain which affects certain endocrine glands (hypothalamic-pituitary-adrenal axis) in the body.  High levels of stress hormones are produced that can bring about a number of health problems including depression, high blood pressure, and autoimmune disease.

A Growing Problem   In the U.S., more people are living alone or reporting being lonely than ever before. The Census Bureau reports that 27% of households are single-person households, a figure that is up significantly over the past few decades. With social isolation on the rise, an “epidemic” in loneliness has been predicted by the study’s authors.  They contend that social isolation and loneliness should receive greater attention by health care organizations since this will become an increasingly serious public health issue.

A (not so simple) Solution?  Based on the results of the Brigham Young study, it appears that reaching out to family members or neighbors who are socially isolated or lonely may be one of the most effective actions that we can take to improve their well-being and longevity.  While social isolation has been shown to present an added risk to health, there is also evidence that the existence of social ties can provide a protective effect on health.