“Doctor, I itch all over”

Itching, known as pruritis in medical jargon, is defined as an unpleasant sensation of the skin that provokes the urge to scratch. Most often, itching involves a small area of the skin affected by a localized condition, such as poison ivy, eczema, or insect bites. On occasion, the itching is generalized, affecting most of the body. If a rash is present with this generalized pruritis, doctors may be able to determine the cause without difficulty. In some cases, however, generalized itching can occur with no obvious rash or cause, creating a puzzling situation for patients as well as doctors. Todayâ€™s Health Tip looks at some of the reasons for “itching all over”.

Dry skin is the most common cause for itchy skin without an obvious skin rash. 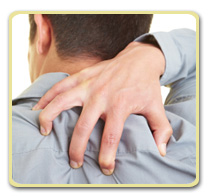 Typically, this occurs in the wintertime because of low humidity levels, but spending much of the day in an air-conditioned environment can lead to dry skin also. Bathing too often or use of certain soaps are frequent contributors to dry skin as well.

Irritation from clothing is another common cause for generalized itching. This can be due to the fabric itself, with wool being a common irritant, or to the detergents or chemicals contained in cleaning products. These substances can wear down the oily, protective layer on the skinâ€™s surface and lead to irritant contact dermatitis.

Occasionally, the presence of an internal disease can be responsible for generalized itching. Some of these illnesses are:

Medication-related pruritis. Drugs are one of the most common causes for generalized itching. Some of the medications that are associated with generalized itching are aspirin, opioid pain relievers, and antibiotics. Opioids include codeine, hydrocodone, and oxycodone. With a medication allergy, a rash or hives may be present. Antibiotics are occasionally responsible for more severe reactions, such as wheezing and swelling of the lips, tongue and face. Other, less likely medications that have been associated with generalized itching include those used to treat high blood pressure (hydrochlorothiazide, ACE-inhibitors), gout (allopurinol), and high cholesterol (simvistatin, atorvastatin, lovastatin, others).

How is the cause of generalized itching determined? In addition to a general physical examination, tests for generalized pruritus may include a complete blood count, kidney function, liver function, thyroid function, iron level, and a chest x-ray (looking for evidence of lymphoma).

How is generalized itching treated? The best way to treat generalized pruritis is to address the underlying cause of the itching. For example, if iron deficiency anemia is responsible, iron replacement should take care of the problem. Non-specific treatments for pruritus, used while evaluating for the underlying cause, include skin moisturizers, topical steroid creams, and oral antihistamines.

If you have any questions about generalized itching, please log into your account and send us your question. We are here to help.