Disorders of Taste and Smell: Part 1

Impairment of the senses of taste and smell are much more common than most people realize. The National Institutes of Health reports that over 200,000 doctor visits each year are for a sensory problem such as a taste or smell disorder. Their statistics also indicate that approximately 25 percent of Americans have lost the ability to taste and 1-2 percent of Americans younger than 65 have lost their sense of smell to a significant degree. This percentage goes up even higher in the older population with nearly half of individuals 65 to 80 years old losing their sense of smell. The two senses, taste and smell, share certain attributes. For example, flavors are recognized mainly through the sense of smell rather than taste. Also, taste and smell receptors are the only two types of sensory cells that are replaced regularly throughout a person’s life. Sometimes the underlying cause for the loss of one or the other of these senses is the same. 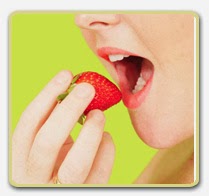 How does our sense of taste work? As everyone knows, taste starts at the tongue. Contrary to popular belief, however, there are not specific areas of the tongue assigned to certain tastes. Rather, the entire tongue has receptors in the taste buds capable of tasting the 5 recognized tastes. These are: sweet, sour, salty, bitter, and the newest defined taste of umami (savory). Taste occurs when the sensory cells in taste buds detect certain chemical substances that are released from the foods or beverages that we consume. These receptors send signals via specialized nerves to the area of the brain that is responsible for identifying particular tastes. In addition to the receptors on the tongue, there are also nerve endings in the nose, mouth, and throat that contribute to our sense of taste. These play a role in detecting the ‘coolness’ of mint, the ‘heat’ of chili peppers, and the texture of foods.

What is a taste disorder? Taste disorders are conditions in which the perception of taste is altered or lost. ‘Dysgeusia’ is a taste disorder in which taste is distorted or an unpleasant taste persists for no apparent reason. Another taste disorder is called ‘hypogeusia’ in which perception of one or more of the 5 tastes is diminished. Complete absence of taste (ageusia) is rare. Because of the important role that the sense of smell assumes in detecting flavors, many times when people think that they have lost the ability to taste, their sense of smell has actually been affected.

Can taste disorders be treated?? Some taste disorders, particularly those that are caused by a self-limited upper respiratory tract infection, go away on their own. In many cases addressing the underlying cause for the taste disorder is often curative. For example, smokers who quit smoking often find that their sense of taste returns. Or, with physician guidance, stopping or substituting a medication that is responsible for the loss of taste may also restore the sense of taste. In some cases, however, such as when the taste disorder is related to degenerative disease, such as Alzheimer’s, or to aging, there is little that can be done to improve the sense of taste. In these cases, measures to improve the appeal of food through the use of herbs, spices, or a variety of colored foods may make eating more pleasurable.