What if you were accidently prescribed Lamisil instead of Lamictal? Or Losec instead of Lasix? Would you notice the prescription error? According to the U.S. Pharmacopeia’s (USP) eighth annual national report, more than 1,500 commonly used drugs are involved in errors linked to drug names that “look alike or sound alike” (LASA). In fact, each of the top 10 most prescribed drugs in America can be confused with at least one other drug.

The result of this can be serious. Recently, the U.S. Food and Drug 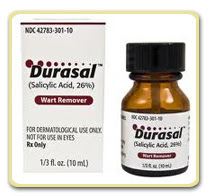 Administration released a warning regarding a mix-up involving two medications that led to a serious eye injury. A patient was given a wart removal medication, Durasal, instead of the steroid eyedrop, Durezol. Each year, LASA drug errors harm an estimated 1.5 million patients in the United States, including errors that have caused or contributed to patient deaths.

The examples given in the first paragraph involved trade name medications with similar sounding names, but generic medications can be confused also. For example, the generic antihypertensive medication clonidine (Trade name Catapres) is sometimes confused with the tranquilizer clonazepam (Trade name Klonopin). Taking the wrong one could result in someone with hypertension being inadequately controlled (but very relaxed), or someone for whom a tranquilizer was prescribed having abnormally low blood pressure. With increased prescribing of generic drugs, these types of error are likely to occur more often.

Drugs with similar names can also be confused when prescribing orders are handwritten. Poor penmanship could easily result in prescribing errors involving the medications Celebrex (an anti-inflammatory), Cerebryx (a seizure medication), and Celexa (an anti-depressant). Making matters worse, when the dosages of medications are similar, such as with metformin (a diabetes medicine) and metronidazole (a medication used to treat infections), the person dispensing the medication loses an important clue distinguishing between medications.

How professionals are dealing with this problem. 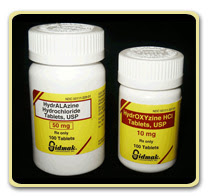 Increasingly, doctors are using computerized record systems that generate printed prescriptions. When prescriptions are delivered by telephone, Pharmacists and technicians may ask to verify drug names and dosages. A system called “Tall Man lettering” that uses a combination of upper- and lower-case letters has been advocated as an additional way to prevent errors. With that system, the LASA medications, prednisone and prednisolone, would be written as predniSONE” and “prednisoLONE”. Doctors have also been encouraged to avoid using abbreviations of drug names and to make sure that the “indication”, or reason that the drug is being prescribed, is included. On the governmental level, the FDA screens proprietary names as part of the drug approval process to avoid any confusion with products already on the market. This would not affect, however, those drugs or supplements that are not FDA approved.

What you can do to avoid LASA medication errors:

The Institute of Medicine has developed a list of hundreds of LASA drugs. Go
here to see if your medication can be confused with another.