Dietary Salt, TOO much or TOO little?

Today’s Health Tip would have to fall under the “more research is needed” category. Nevertheless, recently published studies regarding salt intake and health are helping to define the optimal amount of salt that we should be eating and are worth considering at this time.

What is salt? Common table salt is a mineral made up primarily of sodium chloride (NaCl).The sodium (Na) component of salt is essential to human life, as it is required for important functions such as muscle 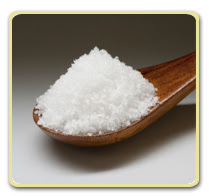 contraction, including heartbeat, and nerve conduction. Too much sodium in the body, however, has been linked to health risks, such as high blood pressure, stroke, and heart disease. Each gram (1000 mg) of table salt contains approximately 400 mg of sodium. As a reference, one teaspoon of salt is equal to approximately 6 grams of sodium chloride or 2,360 mg of sodium.

What is the “party line” regarding salt intake? The U.S. Centers for Disease Control and Prevention (CDC) has taken the position that 90% of adults in the U.S. consume more sodium than is recommended. The current average intake of sodium per day in the U.S. is around 3400 mg or 8.5 grams of salt. The CDC recommends that the maximum sodium intake among the general population should be 2300 mg, or approximately one teaspoon of table salt a day. For specific high-risk groups, such as African Americans or individuals with high blood pressure, chronic kidney disease, or diabetes, the CDC recommends eating no more than 1500 mg of sodium per day. The American Heart Association (AHA) is even more restrictive, advising everyone to limit his or her sodium intake to 1500 mg per day.

Where does sodium come from in the diet? In a survey of American households from 2007-2008, it was determined that 44% of the sodium consumed came from 10 food categories: bread and rolls, cold cuts/cured meats, pizza, poultry, soups, sandwiches, cheese, pasta mixed dishes, meat mixed dishes, and savory snacks. Around two-thirds of this sodium came from foods obtained from stores, such as supermarkets or convenience stores with 25% coming from restaurants.

What is the harm of eating too much salt? Many studies have demonstrated a direct relationship between sodium intake and high blood pressure, which is a well-known risk factor for the development of coronary heart disease, stroke, and chronic kidney disease. Several countries that have sponsored campaigns to reduce salt intake have reported marked lowering of disease linked to excess sodium. In Japan, a public campaign resulted in a reduction of sodium intake from 13.5 to 12.1 grams per day. Following this modest reduction, an 80% reduction in stroke mortality occurred. In Finland, a gradual reduction in salt intake by one-third occurred over a 30 year period. This was accompanied by a 75 to 80% reduction in deaths from stroke and coronary heart disease, along with a 5 to 6 year increase in life expectancy. A study in the U.S. found that by reducing dietary salt to 3 grams (1200 mg of sodium) per day that we could reduce the number of heart attacks each year by up to 100,000 per year and strokes by up to 66,000 while saving anywhere from 10 to 24 billion dollars in health care costs.

Recent studies that have “rocked the boat”. Unfortunately, not all of the recent research agrees in terms of the optimal amount of sodium that we should be eating. Two recent studies published in the Journal of the American Medical Association suggest that there is a minimal level of salt consumption, higher than the amount suggested by the CDC, that is protective in terms of the development of heart disease. These studies (not surprisingly being heartily endorsed by the Salt Institute), seem to indicate that for “normal” people, without problems such as hypertension or heart failure, more liberal salt consumption is not as great a concern as has previously been thought. One kidney specialist has proposed a compromise between the CDC’s position and the recent contradictory studies, suggesting that people who are not in a high-risk group should aim for a salt intake of no less than 3 grams (1200 mg of sodium) per day and no more than 7 grams (2800 mg of sodium) per day.

How can sodium consumption be reduced? In those who need to restrict their sodium 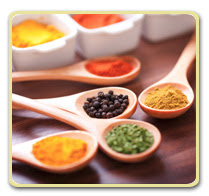 intake, paying attention to the 10 “salt offenders” mentioned above is a great place to start. Processed foods such as pre-prepared dinners, cold cuts and bacon, cheese, and soups are particularly high in sodium. Two of the leading sources of sodium in restaurant food come from pizza and poultry items. Other suggestions are to limit sodium-laden condiments such as soy sauce, salad dressings, dips, ketchup, and mustard, and to use herbs or spices instead of salt to season food. The Institute of Medicine has called on the government, public health groups, and consumer agencies to help also with the problem of excess sodium in foods that we consume. They would like to see the U.S. Food and Drug Administration develop a national standard for the sodium content of foods and are asking the food industry to voluntarily reduce the sodium content of food.

Setting standards would be much easier to accomplish, of course, if we knew exactly how much is enough and how much is too much. Hopefully, ongoing research will provide these answers. For the time being, however, the recommendations of the CDC, maintaining a salt intake around 6 grams (2300 mg of sodium) per day, seem to be appropriate. For those in whom excess sodium represents a health risk, such as anyone with high blood pressure, chronic kidney disease, or heart failure, sodium intake should be less than 1500 mg per day. Remember that the sodium that we receive in our diet comes not only from the salt added while cooking or at the table, but also from “hidden” salt in processed foods.