Creams and Ointments, what’s the difference, which is best?

Many medicines intended for skin application are packaged both as creams and ointments. Examples of these topical medications include corticosteroids and antibiotics. Many moisturizers also come in both a cream and ointment form. Is there a difference in a medication that comes in a cream as compared to an ointment? Is one or the other preparation better to use? 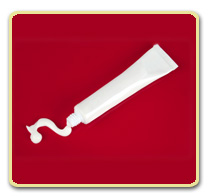 First, some definitions are in order. Creams are a mixture of roughly half water and half oil. They spread easily, are well absorbed, and wash off with water. Creams are usually packaged in a tub or tube since they are too thick to be dispensed in a pump like a lotion. Most ointments are 80% oil and 20% water. The oil component is made from hydrocarbons, such as mineral oil or petroleum jelly. Ointments feel greasy and are “occlusive”, meaning they stay on the surface of the skin and are not well absorbed. The water and oil components of creams and ointments serve primarily as a “vehicle” to carry an active ingredient or medication.

When is it best to use a cream? In general, people prefer using creams to ointments since they are less sticky and heavy on the skin. Even though we think of creams as being moisturizing, given their higher water content and the evaporation that occurs following application, creams are better than ointments for treating oozing or “wet” skin conditions. Since the viscosity (thickness) of creams is less than that of ointments, they also work better for covering large areas of skin.

When is it best to use an ointment? Ointments are best used on dry skin. They are ‘occlusive,’ which means they trap moisture and are not well absorbed into the skin. Thus, they are able to keep the skin moist for longer periods of time. Ointments also promote more complete absorption of the active ingredient or medication. Because of preservatives used in creams, ointments are less likely to cause an allergic reaction.

Here are a few topical medications that come in both a cream and ointment form:

Topical steroids – Corticosteroids are the most commonly used topical medication. They are most often used to treat inflammatory skin conditions, such as poison ivy or eczema. Corticosteroids are different than “anabolic” steroids, such as testosterone, that promote muscle development. Weaker corticosteroids are available over-the-counter (Cortaid, 1% hydrocortisone, Cortizone 10, others) while stronger preparations (0.5% triamcinolone, Kenalog, Diprosone, others) are only available by prescription. The potency of a given corticosteroid may change depending on whether it is in cream or ointment form. Being occlusive, an ointment will allow the medication to enter the skin more completely than a cream. At the same dosage, most topical corticosteroids will be classified as being stronger when packaged as an ointment as compared to a cream.

Moisturizers – Ointments, with their higher viscosity, are generally the best moisturizers. They form a barrier that helps to seal moisture into the skin. Examples of ointment-based moisturizers include Eucerin, Aquaphor, and Vaseline. If a less greasy preparation is desired, cream-based moisturizers that come in a tub or tube are usually better than lotions.