A few years back, dietary fats were the scourge of weight reduction efforts. Numerous low-fat and fat-free products appeared on the grocery shelves with claims to help with weight loss. Despite the popularity of these products, obesity rates in the U.S. continued to climb. Today, the blame for the failure for losing weight seems to be directed toward carbohydrates. In fact, many nutritionists believe that cutting carbohydrates is not only the key to addressing obesity, but also to reversing the increasing incidence of heart disease, Type 2 diabetes and hypertension. 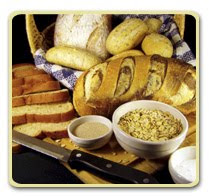 Nevertheless, carbohydrates have been an essential component of the human diet since the “hunter and gatherer” days of our ancient ancestors. The FDA food pyramid made carbohydrate-rich foods, such as bread, pasta, rice, cereal, fruits, potatoes and other vegetables the foundation of our diets. Even the FDA’s newer “ChooseMyPlate” campaign has fruits, vegetables, and grains constituting approximately three-fourths of our diet. Surely, carbohydrates can’t all be bad.

It has been known for some time that carbohydrates do not all behave the same way after we eat them. Some are much more likely than others are to raise our blood sugar, which stimulates the pancreas to produce higher amounts of insulin. Over time, this can lead to insulin resistance in which the body becomes less effective at lowering blood sugar. Insulin resistance and the subsequent development of a condition known as “metabolic syndrome”, appears to be responsible for the increased rates of obesity, type 2 diabetes, hypertension, and high cholesterol that we are seeing today.

A wealth of information about the glycemic index and glycemic load can be found at the website of the Glycemic Index Foundation. A simple summary of their recommendations for eating healthier carbohydrates are as follows:

Unfortunately, it appears that the emphasis on reducing fat in our diets from a few years back resulted in increased consumption of carbohydrates, and particularly those with a lower GI. Along with the failure of this type of diet to improve obesity rates, carbohydrates became the latest dietary villain.

Carbohydrates should remain as one of the major components of our diets. They are as important to our health as fats and protein. The problem with carbohydrates appears to be the types and amounts of them that people choose to eat, not carbohydrates themselves.