Antioxidants, Part 1 – What role do antioxidants and free radicals play in health and disease?

By edocamericaMarch 24, 2011Health Tips
Antioxidants are thought to provide protection from damage to cells in the body from unstable molecules known as free radicals. Examples of antioxidants include vitamins (beta-carotene, C, E, and A) and carotenoids (lycopene and lutein). In addition, the mineral selenium, while not technically an antioxidant, is a component of important antioxidant enzymes, and is often mentioned as an antioxidant.

Free radicals are produced as a by-product of normal cell metabolism, such as when our bodies covert food into energy. They can also enter our bodies from exposure to tobacco smoke, pollution, and radiation from the sun and x-rays. When free radicals build up in cells, damage to DNA can occur. 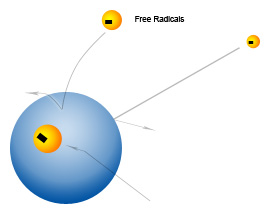 Damage to cellular DNA has been linked to the development of cancer and cardiovascular disease. Additionally, certain age-related disease, such as Alzheimer’s and Parkinson’s disease, may also be influenced by free radical-induced damage. By neutralizing free radicals, antioxidants are believed to provide protection against the development or progression of these diseases. It should be noted, however, that free radicals also participate in some health-promoting activities, such as killing germs while assisting with wound healing. 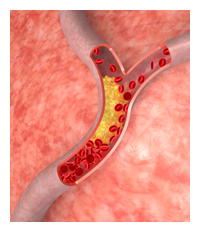 As with the studies evaluating the effect of antioxidants on cancer, the results of research looking at the benefits of antioxidants in treating or preventing cardiovascular disease has not been conclusive. A review of the literature published in the journal of the American Heart Association found:

The conclusions drawn by the authors of this review of the literature was that “the existing scientific database does not justify routine use of antioxidant supplements for the prevention and treatment of cardiovascular disease.”

While there are a number of theoretical benefits to taking antioxidants, current research has yet to provide convincing evidence of their effectiveness. A few of the reasons for this include the specific antioxidant (or its dosage) that was being tested, the source of the antioxidant (supplements vs. food), and the specific type of disease that was being studied. Nevertheless, because of the potential benefits, many authorities continue to advise that people take antioxidants and in next week’s Health Tip, we’ll look at some of the best sources.